We’re here to answer the age-old question: Is Jello vegan? If you’ve ever found yourself wondering if jello can be a part of your vegan lifestyle, then you’ve come to the right place! Let’s take a closer look at this sweet and jiggly snack…

Is Jello Vegan? Let’s Dive in

Veganism is a growing lifestyle choice, and individuals who opt to follow it must very closely consider the foods they consume.

While some food items are obviously off limits — such as meat and dairy products — other seemingly innocuous items may contain animal-derived ingredients that not all vegans will be comfortable consuming.

Jello, for example, can be a tricky one. Thus, it is important to understand whether jello is vegan or not before making a decision about whether to include it in your diet or not. In this guide, we’ll explore the various elements of the jello-making process and provide expert insight into its vegan status.

Jello: What Is It?

Jello, jel, or jelly in British English, is a semi-solid food made from flavored and sweetened gelatin. It has been commercially available since the late 1890s, gaining popularity in the early 20th century with various flavors and cookbooks created for it.

Originally an expensive treat for the rich and famous, jello soon became a popular dessert in households all over the world during and after World War I. The first commercial jello-like product was called “jelly powder” and was released by the Ferdinand Schumacher Milling Company of Akron, Ohio in 1897.

The product was then rebranded as Jell-O which quickly gained traction with consumers due to its novelty value and being inexpensive to make at home by just adding cold water to packets of powder mix. Over time Jell-O has become one of America’s most trusted brands due to its wide availability and affordability even today.

Gelatin – The Main Ingredient in Jello

Jell-O is a dessert, typically flavored with fruit. It contains sugar, gelatin powder, and a variety of artificial food coloring and flavoring agents.

The primary ingredient in Jell-O is gelatin (also used in marshmallow and gummy bears). Gelatin is made from an animal protein called collagen that is derived from animal parts such as skin, cartilage and bones from bovine (cow) sources as well as pig sources.

Jello also contains a number of animal-based flavorings, including honey and dairy products. Unfortunately, Jello is not vegan due to standard Jell-O products are unable to meet these qualifications.

Luckily, there are vegan alternatives available on the market today which contains only plant-based ingredients such as modified cornstarch or agar agar along with natural food colorings and natural flavors without any added sugar or preservatives.

What Is Vegan Gelatin Made of?

Nowadays many companies have since developed vegan versions of the popular dessert. These plant-based alternatives often contain gum acacia and agar-agar as gelling agents (we also use agar agar in our Tanghulu recipe to help the candid sugar crunchy).

Instead of animal collagen and use cane sugar, evaporated cane juice or other vegetable sweeteners instead of regular sugar.

Depending on the type of Jello you are buying, some of them may contain corn syrup solids or fruit pectin which can add flavor and sweetness without using animal products.

You can also make vegan jello at home using simple ingredients such as fruit juice, agar agar powder or flakes and arrowroot powder, or cornstarch as a thickener. Make sure pre-packaged Jellos are clearly labeled “vegan” or “plant-based” before adding them to your shopping cart.

Substitutes like agar agar flakes, pectin powder and carrageenan (derived from red algae) are excellent in place of gelatin. Agar agar flakes come from seaweed and are a popular vegan option for making jello. Pectin powder is also an excellent substitution due to its ability to congeal into a jelly-like consistency when mixed with liquid.

Or you can make a healthier version of this classic treat by combining chia seeds with coconut milk, sweeteners, and flavored extracts.

These brands are vegan, gluten-free. You can buy them online or at healthy food stores such as Vitacost or Instacart.

More and more people are adopting a vegan lifestyle. So the term “vegan jello” has become quite popular in recent years. When it comes to vegan jello, there are several common misconceptions people have about its characteristics and nutrition facts. Below are some of the most prevalent myths about vegan jello:

Myth 1: Vegan Jello Is Not As Sweet Or Flavorful As Traditional Jello

This is not true! Just because a jello product may claim to be “vegan-friendly” doesn’t mean it should lack flavor or sweetness. In fact, some vegan versions offer more intense flavors from natural ingredients than traditional jelly recipes!

Myth 3: Vegan Jello Takes A Long Time To Set Up

There are quick-set vegan jellos, which take only minutes to set due to their short cooking times. These require as little as five minutes preparation time before they’re ready to eat!

After reviewing the ingredients in traditional jello and comparing them to vegan diet guidelines. We have concluded that jello is not suitable for a vegan lifestyle.

There are various brands that offer plant-based jello, such as agar or carrageenan and sweetened with fruit juice or maple syrup. However, these products will likely be more expensive than regular jello and may be challenging to find in some areas.

If you are a vegan or vegetarian, there are many types of gelatin-free desserts available, including a number of the products listed above.

It is possible to convert many recipes to vegan versions by substituting gelatin with agar or carrageenan instead of gelatin.

For those avoiding all animal products, it’s advisable to check labels carefully before consuming a product that may contain ingredients derived from an animal source. 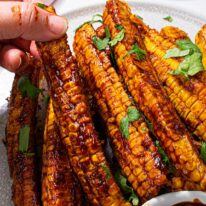 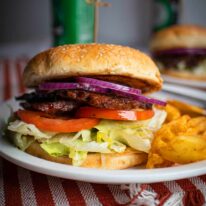 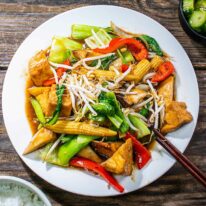 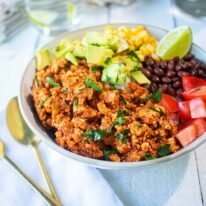 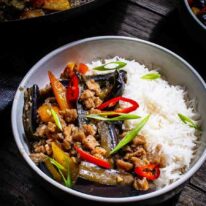 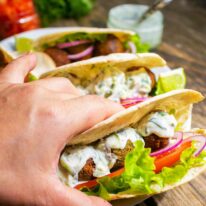 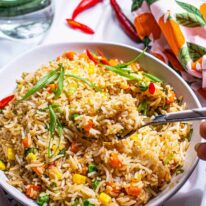 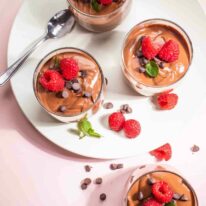 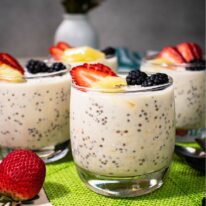